Edinburgh is Scotland’s compact, hilly capital. It has a medieval Old Town and elegant Georgian New Town with gardens and neoclassical buildings.

Looming over the city is Edinburgh Castle, home to Scotland’s crown jewels and the Stone of Destiny, used in the coronation of Scottish rulers. Arthur’s Seat is an imposing peak in Holyrood Park with sweeping views, and Carlton Hill is topped with monuments and memorials.

Rising up from the centre of Edinburgh is the famous Edinburgh Castle. Wherever you go in Edinburgh, there it is, the castle, proudly towering over the rest of the city.

The castle sits upon Castle Rock (of course), the end result of a volcano that erupted here many millennia ago. There is evidence of people living on top of Castle Rock since the Bronze Age, almost 3000 years ago.

The Castle, as we know it now, was constructed in the early 12th century. For centuries, the castle was almost constantly under siege. He who held Edinburgh Castle held control over Scotland, so this was the site of conflict between England and Scotland for hundreds of years.

Now, over one million visitors per year tour Edinburgh Castle.

It is home to things such as; the Crown jewels, St Margaret’s Chapel, the oldest building in Edinburgh and the best views of Edinburgh! 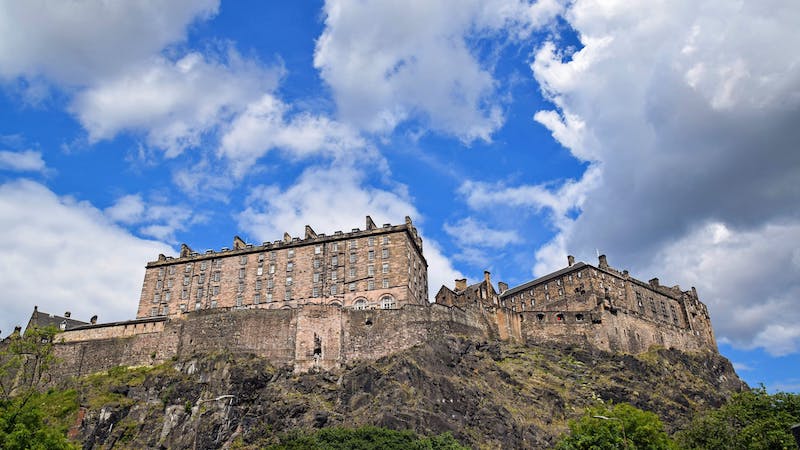 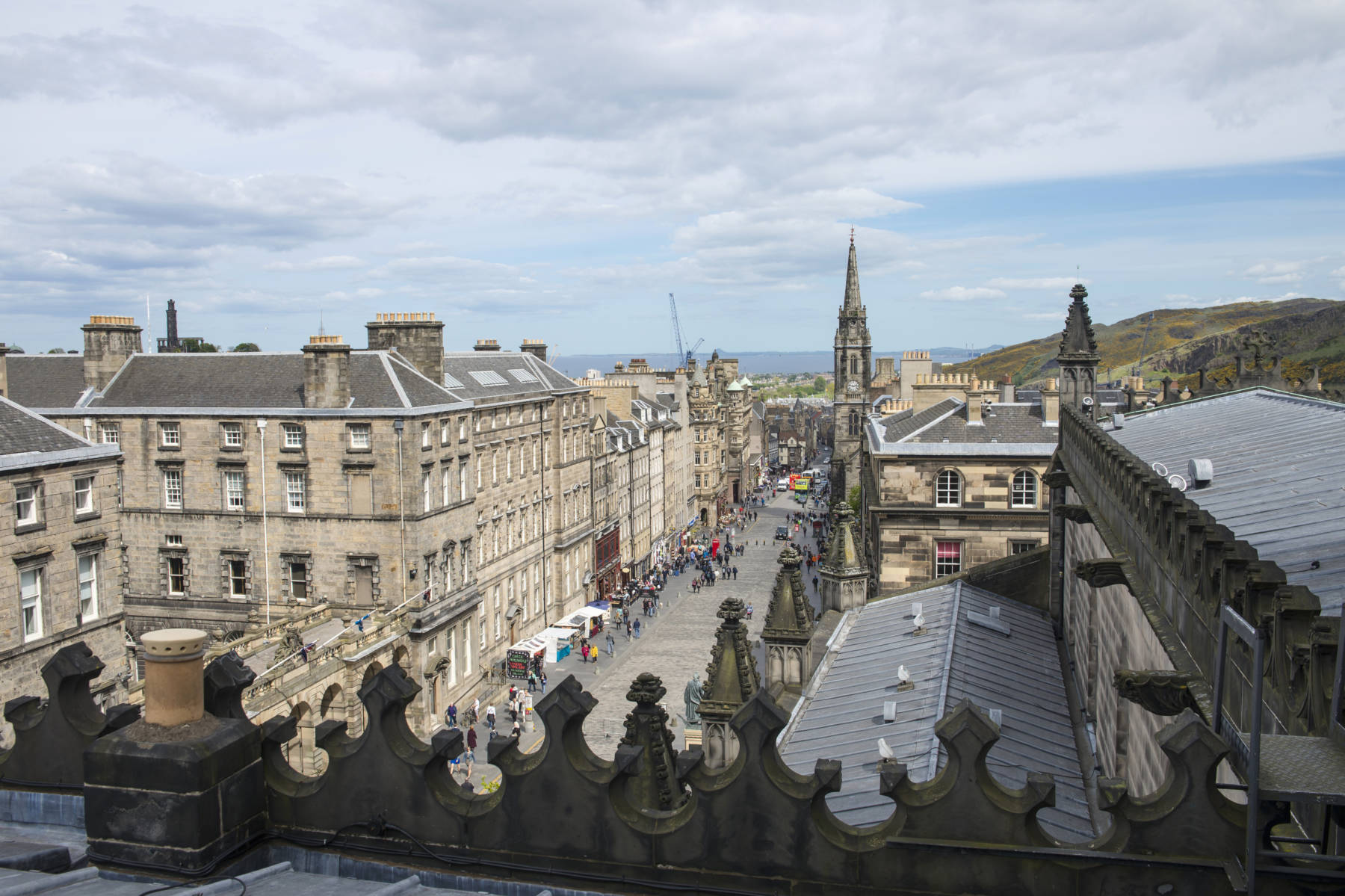 Down the Royal Mile

Next, you’ll be heading down the Royal Mile, the historic backbone of Edinburgh’s Old Town that links the Edinburgh Castle with the Palace of Holyrood house and the Scottish Parliament.

Before you make your way down that far though, just a few steps from the Castle esplanade, make a stop on your right into the Scotch Whisky Experience, where you can partake in fully immersive drinking, eating and educational tours!

Once you’ve taken in a dram (or two), staggering down the hill, you must stop to book tonight’s ghost tour!! Taking you deep into Edinburgh’s underground city and allowing you to experience the depth of it’s history! Some of the recommended tours include; The Real Mary Kings Close and Mercat Tours.

Continuing further down the Mile you’ll come to The Lawnmarket and High Street, where you can give David Hume’s Lucky Toe – a rub for luck on the rest of your journey through Edinburgh’s history.

A few steps down from Hume’s statue you’ll find the imposing St Giles’ Cathedral. Duck into the cathedral to take in the gorgeous architecture and view the Thistle Chapel Ceiling – housed in an intensely ornate, jewel-like room dedicated to Scotland’s chivalry hidden at the back of the cathedral.

Next, let’s take in some of the history of one of Edinburgh’s most famous festivals – pop into the Edinburgh Festival Fringe Shop, where you can pick up all your tickets to see shows!

Now might be a good time to pick up a coffee or have a wee rest for five minutes before you get ready to cross over the Bridges and head down the rest of the Royal Mile. There’s still a lot to see! 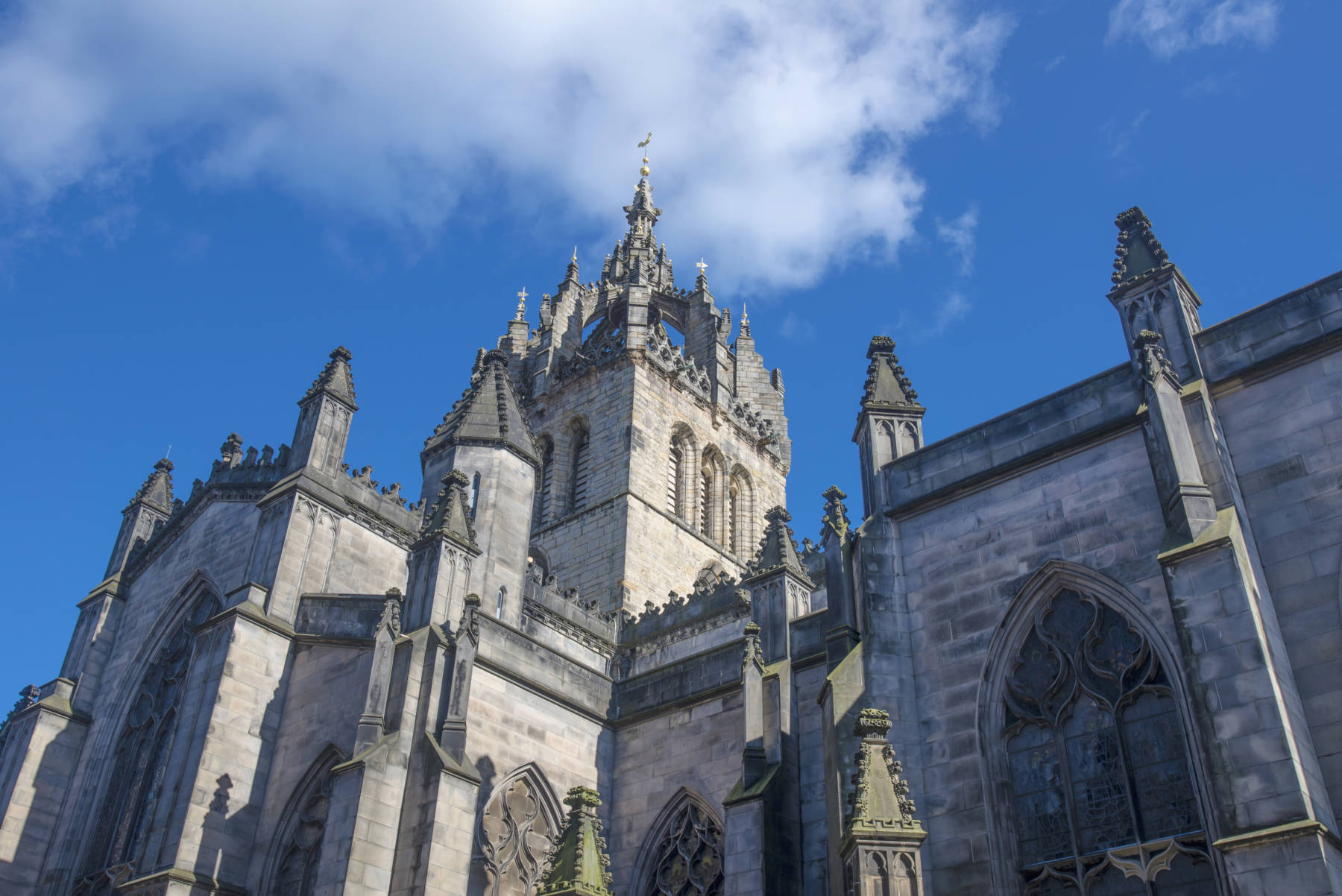 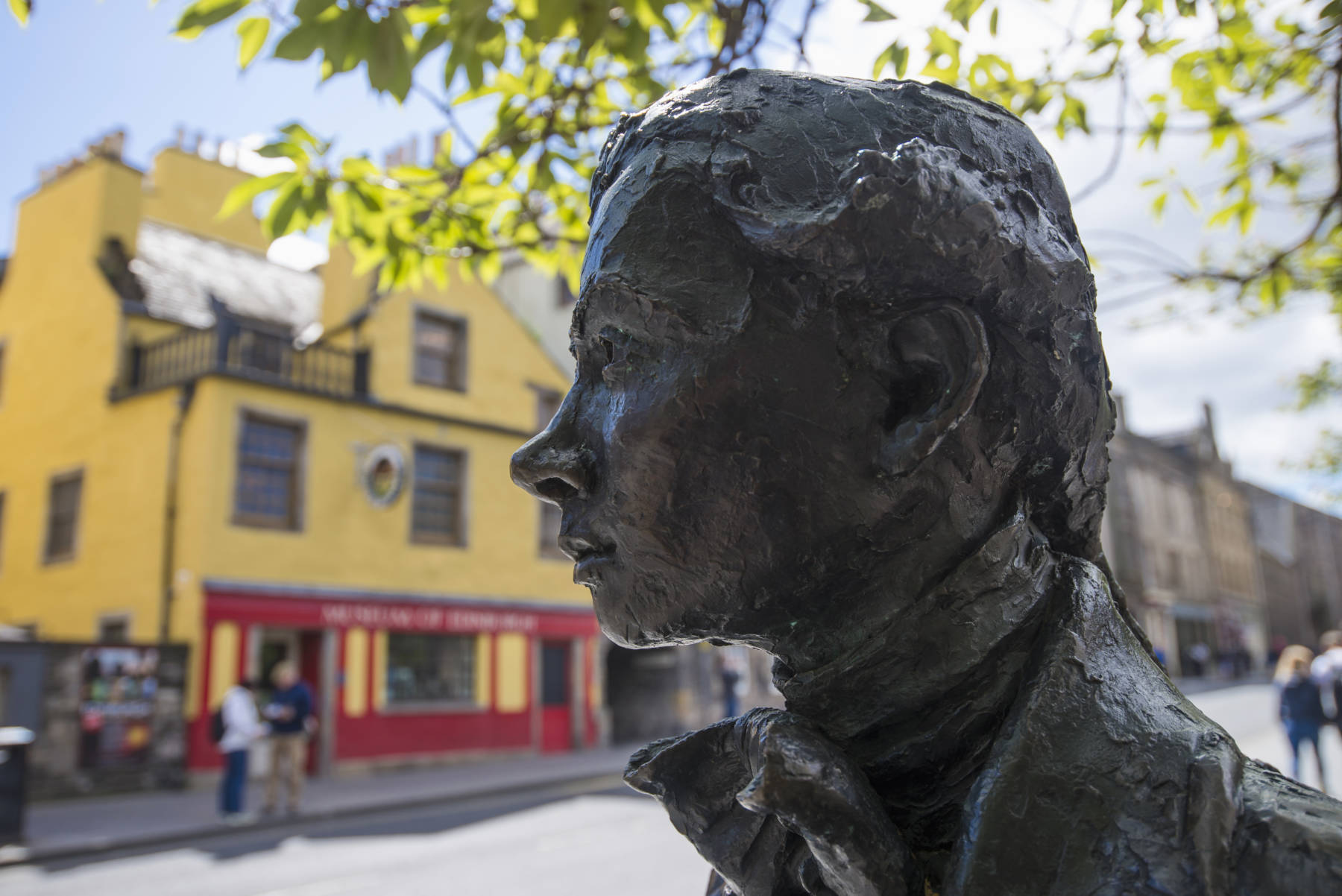 South of the Bridges

Head further down the Royal Mile until you come to the Museum of Edinburgh, where you’ll find a golf ball used by Robert Louis Stevenson, author of Treasure Island and the Strange Case of Dr Jekyll and Mr Hyde, found etched with his initials while digging work was undertaken in the garden of his former home.

Opposite the Museum you’ll find the grave of the father of modern economics, Adam Smith. Together with David Hume (whose toe you gave a wee rub earlier), he became part of Edinburgh’s renowned intellectual circle who went on to revolutionise the world’s thinking.

Pop into The Scottish Poetry Library on Crichton’s Close to see a series of sculptures made anonymously from books, and discovered in various spots around the city as gifts from a mysterious literature lover.

Now, it’s time to head down to the bottom of the Royal Mile…

Bottom of the Mile

You’ve made it! You’re now standing next to The Scottish Parliament building, the seat of government in Scotland. Venture inside to see a silver and gold mace created for the 1999 opening of the first Scottish parliament, almost 300 years after the Union of the Parliaments with England.

Across from Parliament is the Palace of Holyroodhouse, home to a rather gruesome story. In a small room used as a place to relax by Mary Queen of Scots is a dark, seemingly unmovable stain on the floorboards where the Queen’s secretary’s body was dumped after being stabbed 56 times by her husband, Lord Darnley.

If you fancy being rewarded with a view over Edinburgh unlike any other, venture up Arthur’s Seat and look across the city.

All this history on your door step!! What are you waiting for?! 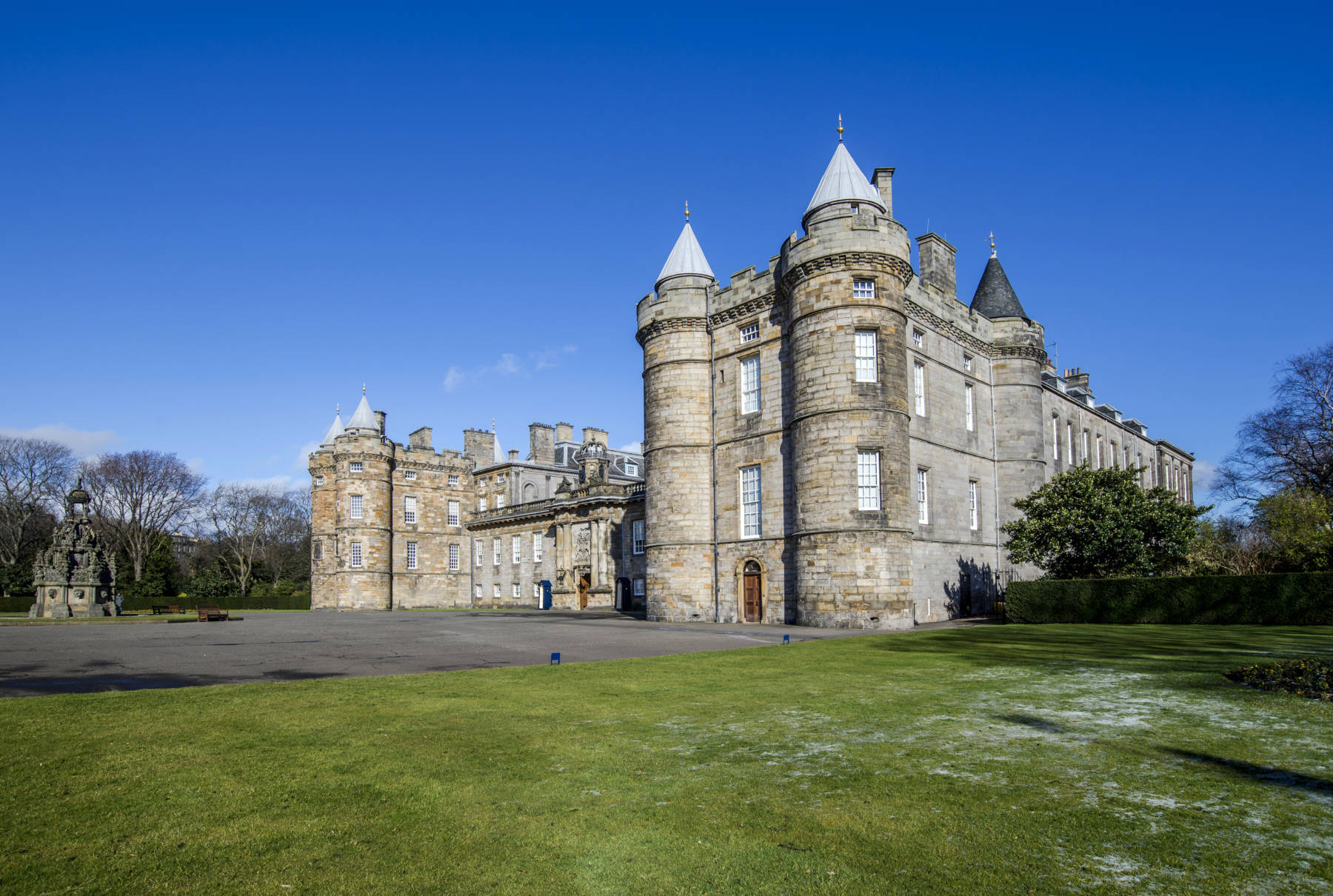 For more information on your stay in Edinburgh and to help plan your trip, do check out this website.